At age 35 Sakya Prince Siddhartha Gautam became the ‘Buddha’ or the ‘Enlightened One’. Since this event the world became his mortal abode, the Sangha his family and the teaching of the Dhamma his ascetic way of life that he lived until the age of eighty. He was popularly addressed by his fellow monks, the sangha members tathagata (one who had come for the purpose). In the Buddhist literature he is known as ‘Gautam Buddha’ a name that represents both parts of his illustrious career.

Gautam Buddha as ‘Prince Siddhartha’ was born to the famous Sakya King Suddhodhana and queen Mayadevi of Kapilavastu in the year 623 B.C. The Sakya Republican state was famous for the bravery of the Sakyas, its location near the Banaganga River and its fame as the home of two other Buddhas – Kanakamuni of Niglisara and Kraknchhanda of (now) Gotihawa. The credit of founding the city of Kapilavastu goes to sage (rishi) Kapila. These spiritual connections made the city famous during the rule of the Sakyas. But its disintegration began after the rule of King Suddodhana and finally faced mass and complete annihilation at the warrior hands of Viruddhaka. The Sakyas were massacred at a place (now) called Sagarhowa where a large complex of mounds stands as a quiet witness to the unfortunate incident – the end of the Sakya a dynasty at Kapilavastu. The city of Kapilavastu suffered great loss in the invasion of Vinddhoka. Gradually, then, it was deserted. The city was turned into a mere mound with gates, the moat and the security wall around. The Banaganga river pushed its power towards the east, much toward the city remains. By the time Fa-Haien and Hiuen Tsang visited the city it was a wilderness devoid of beauty as the character of a capital city of fame. Today, the city is a deserted mound but HMG/Nepal has made effort to preserve part of its glorious past through archaeological excavation and presentation of the structure and findings made during several excavations carried out from the 1960s. The western Gate (the main entrance to the Palace and the city) and the Eastern Gate (which Siddhartha is believed to have made his exit ( Mahaviriskramana from) have been restored. Pasts of the city have also been exposed. A site museum is located next to the site.

Kapilavastu is the name of the entire district today with its headquarters at Tilaurakot, a city about 5 Km southeast of Kapilavastu archaeological site. 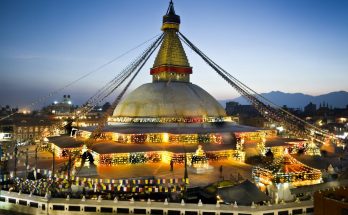 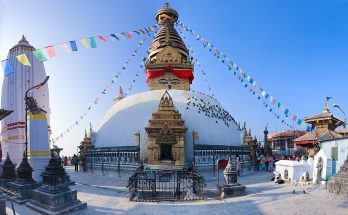 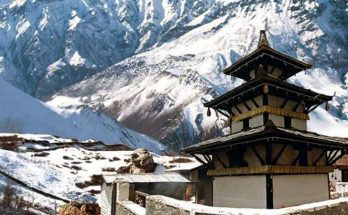 Muktinath – The Lord of Salvation